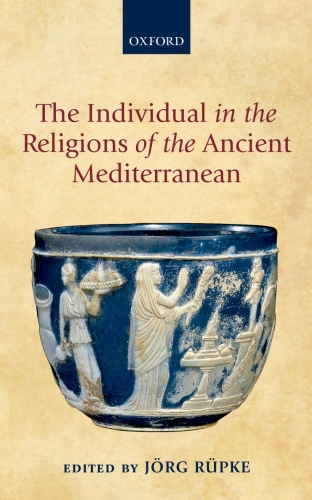 The Individual in the Religions of the Ancient Mediterranean

Ancient religions are usually treated as collective and political phenomena and, apart from a few towering figures, the individual religious agent has fallen out of view. Addressing this gap, the essays in this volume focus on the individual and individuality in ancient Mediterranean religion. Even in antiquity, individual religious action was not determined by traditional norms handed down through families and the larger social context, but rather options were open and choices were made. On the part of the individual, this development is reflected in changes in individuation, the parallel process of a gradual full integration into society and the development of self-reflection and of a notion of individual identity. These processes are analysed within the Hellenistic and Imperialperiods, down to Christian-dominated late antiquity, in both pagan polytheistic as well as Jewish monotheistic settings. The volume focuses on individuation in everyday religious practices in Phoenicia, various Greek cities, and Rome, and as identified in institutional developments and philosophicalreflections on the self as exemplified by the Stoic Seneca.