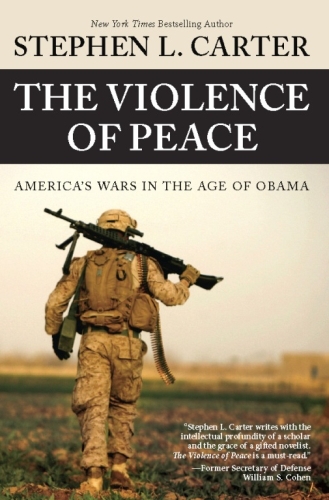 The Violence of Peace

"The man who many considered the peace candidate in the last election was transformed into a war president," writes bestselling author and leading academic Stephen l. Carter in The Violence of Peace, his new book decoding what President Barack Obama's views on war mean for America and its role in military conflict, now and going forward. As America winds down a war in Iraq, ratchets up another in Afghanistan, and continues a global war on terrorism, Carter delves into the implications of the military philosophy Obama has adopted through his first two years in office. Responding to the invitation that Obama himself issued in his Nobel address, Carter uses the tools of the Western tradition of just and unjust war to evaluate Obama's actions and words about military conflict, offering insight into how the president will handle existing and future wars, and into how his judgment will shape America's fate. Carter also explores war as a way to defend others from tyrannical regimes, which Obama has endorsed but not yet tested, and reveals the surprising ways in which some of the tactics Obama has used or authorized are more extreme than those of his predecessor, George W. Bush. "Keeping the nation at peace," Carter writes, "often requires battle," and this book lays bare exactly how America's wars in Afghanistan and Iraq are shaping the way Obama views the country's role in conflict and peace, ultimately determining the fate of the nation.