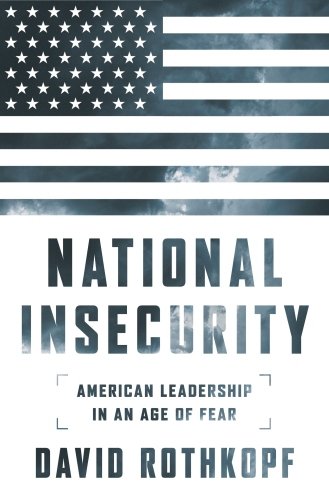 In the wake of 9/11, America and its people have experienced a sense of vulnerability unprecedented in the nation's recent history. Buffeted by challenges from the wars in Iraq and Afghanistan to the financial crisis, from Washington dysfunction to the rise of China and the dawn of the era of cyber warfare, two very different presidents and their advisors have struggled to cope with a relentless array of new threats.You may think you know the story. But in National Insecurity, David Rothkopf offers an entirely new perspective into the hidden struggles, the surprising triumphs, and the shocking failures of those charged with leading the United States through one of the most difficult periods in its history. Thanks to his extraordinary access, Rothkopf provides fresh insights drawing on more than one hundred exclusive interviews with the key players who shaped this era.At its core, National Insecurity is the gripping story of a superpower in crisis, seeking to adapt to a rapidly changing world, sometimes showing inspiring resilience but often undone by the human flaws of those at the top, the mismanagement of its own system, the temptation to concentrate too much power within the hands of too few in the White House itself, and an unwillingness to draw the right lessons from the recent past. Nonetheless, within that story are unmistakable clues to a way forward that can help restore American leadership.