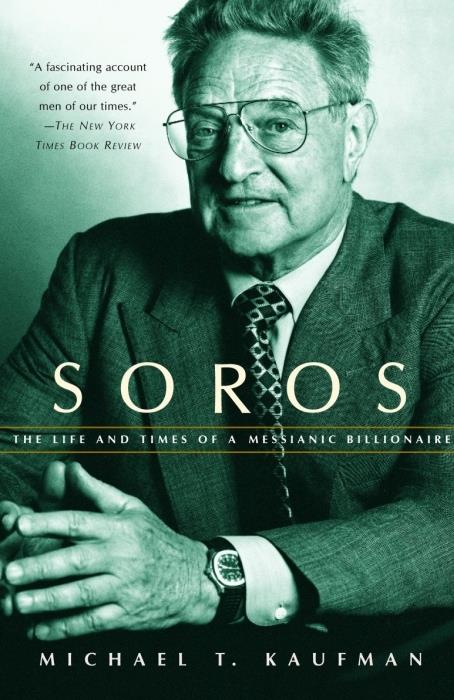 Soros ; The Life and Times of a Messianic Billionaire (édition en anglais)

A penniless emigre who made a fortune and became one of the great philanthropists of the twentieth century, George Soros has led a remarkable life. This biography brings forth his story in unprecedented depth, from his childhood as a Jew in occupied Budapest during World War II to his conquests on Wall Street and the establishment of his philanthropic Open Society foundations. Soros offers exclusive glimpses at an often misunderstood man, revealing a shy character whose own struggle to escape the Nazis left him with the adamant belief that people of the world are entitled to live without the fear of oppression. Enigmatic, contradictory, and inspiring, George Soros is one of the most intriguing and globally influential men of our time. In this accomplished biography, written with Soros's cooperation, Michael T. Kaufman fully illuminates the man, his motivations, and his legacy.